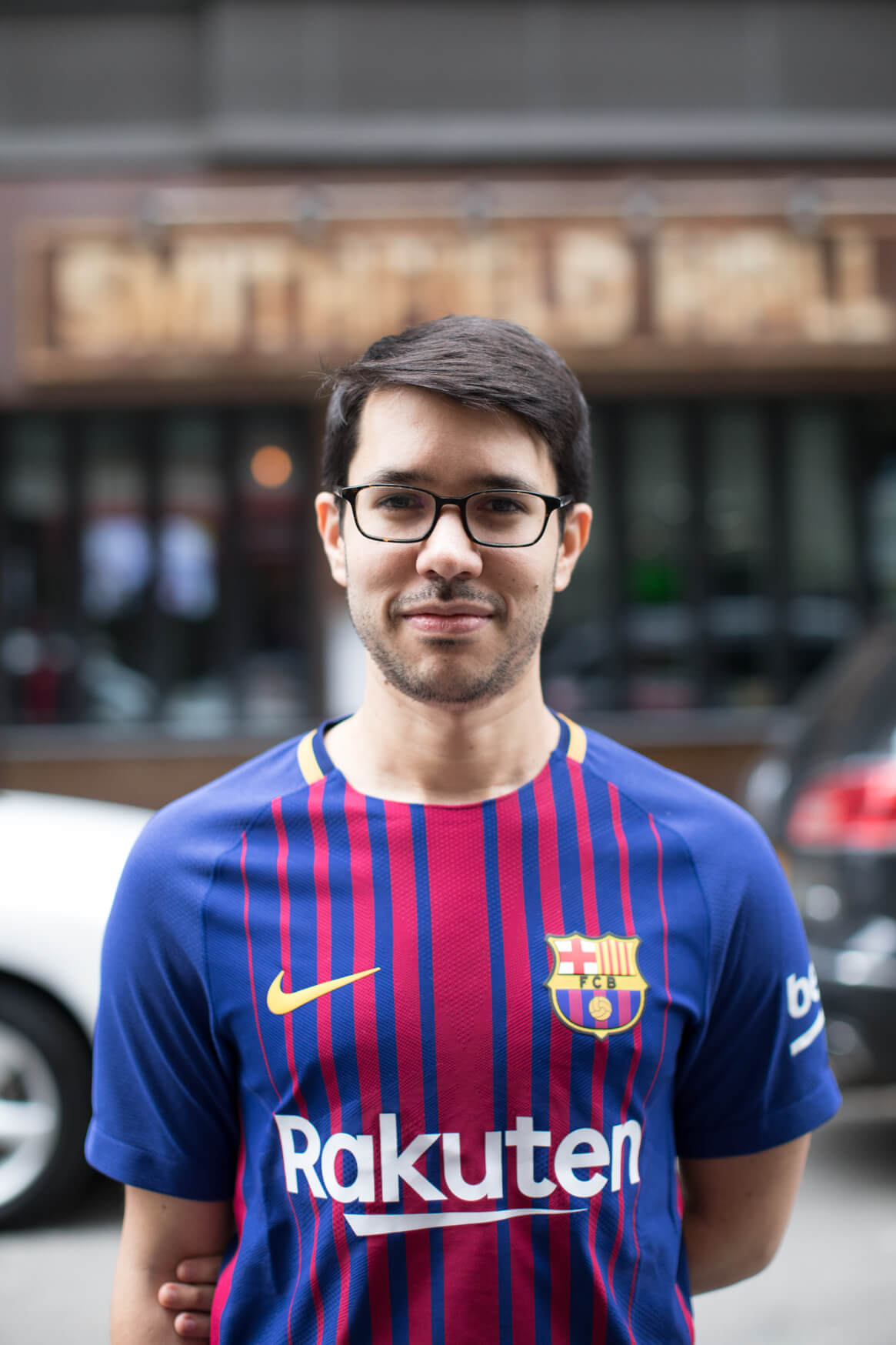 I was born and raised in Tegucigalpa, Honduras. I can’t pinpoint the exact moment I became a Barcelona fan but one of my earliest memories was thinking how they had the best jersey out of anyone. My older brother was also a big influence and Barça became a constant topic of conversation between us. The more I learned about club and how it developed players like Puyol, Xavi and eventually Messi, the more I became invested in the team. The success they had these past couple of years didn’t hurt either.

I came to the United States first for college in North Carolina, and then moved to New York City for grad school. Shortly after arriving, I began searching for a place to watch the Barcelona games with other fans and discovered the Penya. It immediately felt like home. The games, while always exciting, truly came alive when watching them in a community of fellow passionate fans who also inevitably became my good friends. My passion for design led me to start working with the board members to create new shirts and flags to share our pride as NYC’s Penya. Like true New Yorkers, we’re all from different places, but are brought together by our love for Barça and our commitment to our local community. We are Més que un Penya!