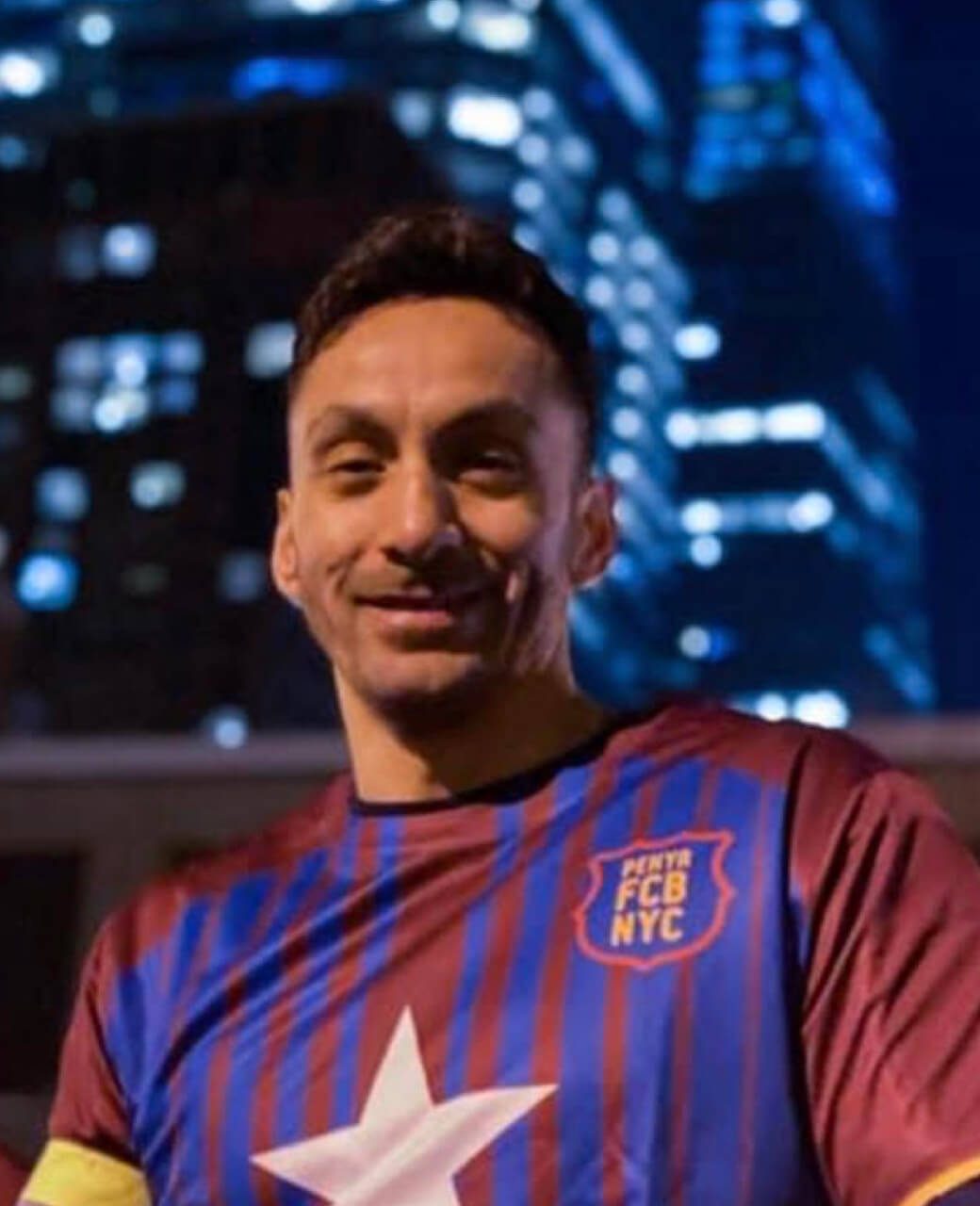 I was born in Lima, Peru and grew up in NYC. Soccer (Fútbol) is a passion that has been in my life since I was young. I remember in Peru when I was 6 years old we use to play scrimmages against other neighborhoods and the team that would loose will have to buy the winning team Coca Cola. :-)

High school began and I joined the Soccer team at Franklin K Lane High School as a freshman. As I continue playing and became a senior in high school; I was chosen as a select player to play for the NYC Team. I was very honored that they choose me and was very grateful to my dad who gave me that support. I went to the University of Hartford and continue my college career there with the #9 on my back. After I moved to New York City, I continued watching the beautiful game on TV. One of my favorite teams was Argentina. Batistuta was a huge idol of mine; great offensive player with the #9 on his back. I fell in love with the team!

Messi joined the team years later. His passion, desire and love for the game was amazing. As I continued watching Messi’s ability and skill on the field, Argentina grew more and more in my heart. Since then I have been a Barcelona fanatic and joined the Barcelona Penya in NYC.